Assuming you are not a professional gamer, nor a gaming enthusiast but you have, for one reason or another, found yourself at this particular little section of the internet, you are probably wondering: what even is a gaming mouse? Why do people buy this stuff? And are there major differences between gaming mice and regular mouse?  Well, rest easy! We are going to cover all of that and more here. So let's get into it!

Bottom Line Great for gamers. Overall a good product. The pros outweigh cons. All depends on the use.

Cons Might begin to have issues with double-clicking after some months.

Bottom Line Considering the price, this is a steal. Overall good quality and durable product.

Pros Dpi can be set which is good for gaming. Also has rgb lighting and is a bit heavy

Cons Rgb lighting might not appear exactly as shown in pictures. Clicks could feel light depending on previous mouse.

Bottom Line Would recommend for gamers. Zeus gaming mouse is a great product with good grip.

Pros Mouse appears as seen in the picture. It also comes with a free and beautiful pad.

Cons Side button is too soft and can be pressed accidentally.

Bottom Line Cheap quality; could be better. An amazing product but durability is lacking so try looking at something else. Not a bad option if you care about the aesthetics more.

Pros It's a very beautiful mouse. The delivery time is very fast. It is sold at a really cheap rate.

Cons Durability is not guaranteed. 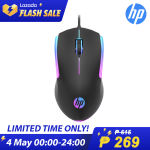 Pros Very nice product, It is also very sensitive and is perfect for laptops.

Cons Rbg might come faulty. The packaging of this mouse is not impeccable.

About ReviewFinder
We do the research for you - our full time job is researching products and reading reviews. We have no "fancy algorithm" - our team manually decides which products are the best by looking through reviews. We only make money if you purchase a product through our links, and we're determined to simplify your purchasing decisions.
ReviewFinder is reader-supported. When you buy through links on our site we may earn affiliate commission at no cost to you.
[close]

In short, we do the research for you. You probably don't have time to read through reviews of top 40 products. We go through reviews for you, and try to paint a decent picture of your best options. We rank the products based on 4 weighted criteria:

What about the price?

Price only accounts for 25% of the score because price is a tricky thing. It boils down to your individual preference - do you want to go higher-end or budget?

Ideally, we try to recommend better-featured items that have a lower price and high customer score, but in most cases you can't espace the fact that extra features/quality cost extra money.

Please take a look at the price chart for gaming mouse to see the best picks in each budget.

We made a price chart of the top selling Gaming Mouse (see below). Budget options start at ₱65, going up ₱1370. The most popular option is priced at ₱938, which is on the pricier side.

What is a Gaming Mouse?

A gaming mouse is essentially a regular desktop mouse that allows users to customize and program almost every single detail to make it more suitable for gaming. You would be able to easily spot one from its style. This is because more than the fact that they are a lot more flashy than normal mice, they are also mostly designed in a fashion that will allow the user to get a better grip on the mouse.

So What Exactly are those Customizable Features on a Gaming Mouse?

Almost everything. Let's nevertheless look at all one after the other and how these features could change the mouse:

So, Do You Really Need a Gaming Mouse?

Answering this question will only depend on the individual who is considering the purchase. Of course, a gaming mouse could prove to be very vital for anyone who is a professional gamer or a gaming enthusiast. But this will also depend on the type(s) of game being played. Some games do not require your cursor to be sensitive or move incredibly fast.

In my opinion, if a gaming mouse has the ability to function as a regular mouse, and then, even better depending on your preference at the time, why not?

Selecting a Mouse: Wired or Wireless?

A lot of people who are still just wondering whether to purchase a gaming mouse or not could have a tougher time deciding between a wired or wireless one. So, let us look at both of them.

Although arriving at a decision here hinges on personal preference, there are yet some factors you should consider which could assist immensely in your decision-making process.

For wired gaming mice, wires could substantially reduce the flexibility in hand movements for the user, the wires also take up a lot of space and cause clutter. You do not want that when gaming. This is the main reason a lot of people have issues with it.

On the other hand, for wireless mice, as a result of the fact that the mouse is not directly attached to the computer system, a slight input lag could be experienced by the user. This lag is not noticeable most of the time, yet, with competing gamers who could need every fraction of every second, this might affect performance. Wireless mice are also more expensive because they use wireless technology, depend on batteries, and the batteries also have to be replaced now and then.

We have mentioned the problems you could encounter with either a wired or wireless mouse above, and so, the advantages either one have are what is regarded, as the disadvantages for the other putting that in context, the fact that a wireless mouse could be a bit slow to act on input since it lacks a direct connection to the system, which is a disadvantage for it, means that this problem does not exist with the wired mice since it is directly attached to the computer system.

Selecting a Mouse: Laser or Optical?

There is also a very crucial decision to be made when selecting a mouse to purchase. Now for gaming, a lot of professional gamers often emphasize how much they prefer optical mice for gaming rather than laser mice. Why? Let's see.

There are still, however, a lot of people who prefer laser mice to optical mice.

What to Consider When Purchasing Gaming Mice?

What are Some of the Best Gaming Mice?

How Much would a Gaming Mouse Cost in the Philippines?

This website displays data from third party public sources. The data presented is for information purposes only. We can't guarantee correctness and completeness of all the data presented here, and therefore will not accept liability for any issues arising from usage of this data. All Trademarks and Copyrights belong to their respective owners. ReviewFinder is reader-supported - if you click on a link on ReviewFinder and make a purchase, we earn a commission at no extra cost to you.